Based on our wish to enrich dining tables around the world, we began crafting our products.
We strive to enhance people's dining experiences by providing them with the means through our tableware. 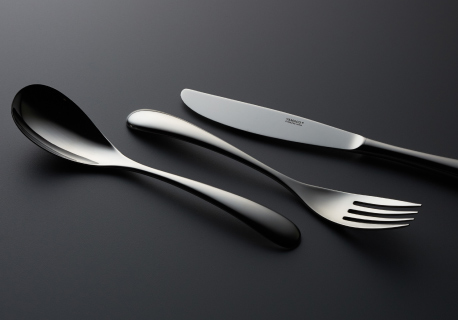 Charm on the table.
The first original line of Nickel-Silverware created by YAMAZAKI KINZOKU KOGYO; four primary product categories are in the current distribution to hotels and restaurants.
An elegant collection ideal for entertaining. A simplicity line that suits most tableware designs.
A casual line with playful touch. Additionally, cutlery made from 95% pure silver for special customers attached to that particular raw material. 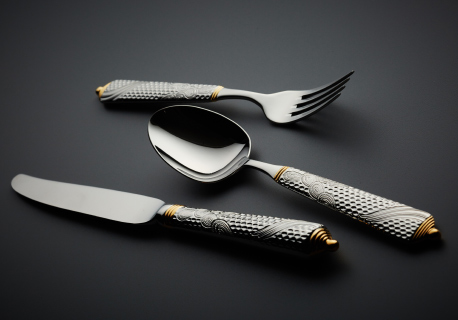 We proudly present to you the world’s highest quality.
A premier brand above YAMACO. In 1980 YAMAZAKI TABLEWARE INCORPORATED was born in New York.
Unique and one-of-a-kind designs were created by a sculptor, a ceramic artist, an illustrator among others. Combined with our craftsmanship, YAMAZAKI has been quickly and smoothly blended into the American dining culture, growing rapidly to a major brand. Many designs introduced by the company have been favored by many consumers to this day. The New York Collection was brought to life out of our genuine desire to provide American consumers with the art of dining. The YAMAZAKI PREMIER COLLECTION has been carefully selected from the New York Collection and offered to you in Japan as shown here. 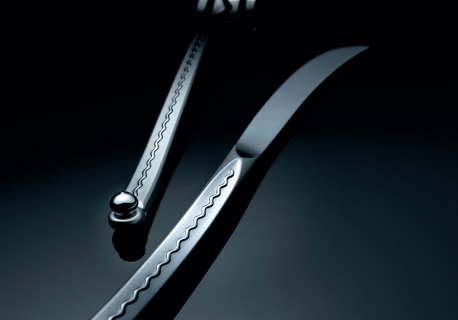 The images of Grand Shrine of Ise transposed onto tableware.
It is a special model developed in commemoration of the construction of a new shrine and transfer of the enshrined artifacts from the old to the new. Five traditional companies collaborated in designing and crafting a complete set of stainless steel cutlery, hammered copperware, ceramics, lacquerware and fabrics. Our company not only produced the cutlery but led the coordination and unity among the five chosen makers. In 2013 we dedicated a complete tableware set each to The Hall for Special Prayer and The Main Sanctuary. The motif of the tableware set came from the view from the Uji Bridge in the Grand Shrine of Ise looking over the clean flowing waters of the Isuzugawa River. Most significantly, we played a part in passing down the highest level of Japanese craftsmanship to later generations. 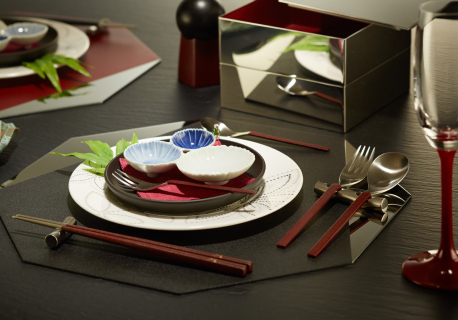 The founder’s spirit and culture inherited.
Naming a series of the cutlery after our founder, Bungen, with the aim of rediscovering his hand crafting philosophy and carrying it forward. We eventually realized the importance of the ancient Japanese sensitivity after encountering cutlery in its authentic form in Europe and creating it in its most modern form for America. This series is characterized by a union of material and design, the blending of Japanese and Western worlds, a combining stainless steel with lacquerware. Except for the cutlery, all items in the series were mostly hand crafted without the help of metal molding. 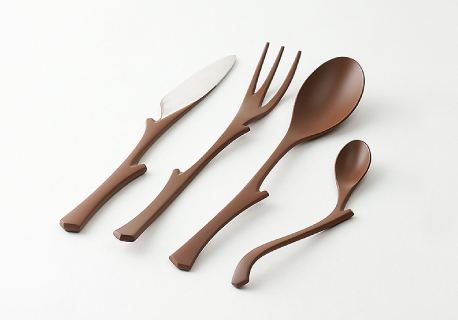 Delivering the true strength of the JAPAN brand.
The designer of Ferrari cars among others; Mr. Kiyoyuki Okuyama. This product series was developed in collaboration with Mr. Okuyama’s KEN OKUYAMA DESIGN. Adhering to the quality of raw materials and their feel during use, we condensed traditional Japanese craftsmanship and advanced manufacturing techniques into this product. The cutlery series “”EDA”” was born in this fashion. It earned the “”Best of the Best”” prize from Germany’s “Red Dot Design Award 2013”, deemed one of the world highest. Our production techniques that produced the complicated shapes into a beautiful three dimensional product were highly recognized globally.